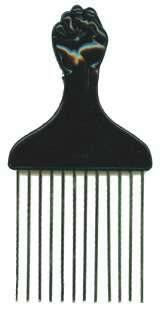 Black people live by the curriculum of Lauryn Hill’s Miseducation, and pursue love as it relates to a Maxwell record. They tolerate Tyler Perry, but know that they can do better. They do not watch BET, and are sure to complain about VH-1’s Hip-Hop Honors. Aaron McGruder is their scholar of satire, and The Boondocks is a black pop-culture prerequisite.
If you’re black, educated and worthy of a platform these are the rules that you follow. Otherwise, join the rest of the coons at KFC –and don’t forget to leave your copy of The Coldest Winter Ever as you exit the elite.
Wait, what?
KEEP READING
Posted by BFloyd86 at 8:09 PM 30 comments:

Email ThisBlogThis!Share to TwitterShare to FacebookShare to Pinterest
Labels: A Mess, Opinion, Umm What?

Janelle Monae, I Don't Understand You 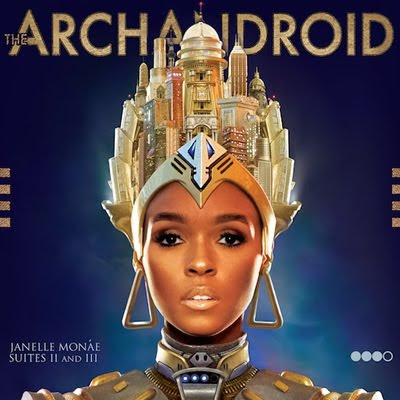 I like metaphor, imagery and well-sustained conceit -so I read books.
Janelle Monae makes me feel lazy because I don't want to take the time to decipher the message behind her Android suites. Perhaps all it takes to enter her "Cybertronic Purgatory" is a bit of time researching her intent. Maybe reading a few interviews, or doing some Googling. It could even be in the liner notes. The thing is, I'm on the treadmill with 3 miles still to go, and you're asking me to identify the "Wolfmasters" and join them on their melodic "March."
Well Rihanna tells me exactly what a Rude Boy is, and why she wants one -so I think I'll switch to that playlist.
KEEP READING
Posted by BFloyd86 at 1:04 PM 9 comments:

Drake Does Gay Better Than Gaga 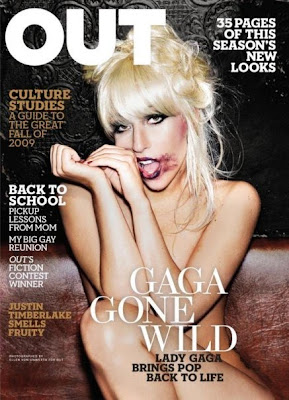 Remember when it was 2008 and Lady Gaga was bisexual?
If you don’t, it’s okay because it hasn’t been particularly important to the trajectory of her career. Save a few same-sex references in songs like “Alejandro” and “Poker Face,” the fluidity of Gaga’s sexuality has hardly influenced the charm of her material. But would she be as commercially notable today if she hadn’t used her sexuality to spark interest back then?

How Tacky of Me

To disappear for months (the first half of 2010 to be exact), then return w/ such a self-involved post. Below I've provided links to some of the more standout (as determined by: me) material from this blog's archives. Not necessarily because I like to look at myself, but because I like for other people to look at me.

Actually, this post functions more as a reference point. It's been more than a half-year since I committed any time to this blog, so I think a refresher course is due.

So whether you're new to my blog (keep coming!), or making a return (thanks!), these posts should sum up my blogging intentions fairly well:

First, I like Janet Jackson. A lot. But not enough to ignore her occasional shortcomings. But enough to insert a random picture of her to your right.

In my mind, Britney Spears is a study in commodification. I mean, a whole thesis statement. Abstract ready.

Tyler Perry does nothing for me.

And nobody read this, so I'm trying to make it happen again. So fetch.

Ultimately, I'm back to blogging. And I apologize to my niche of readers that I left hanging. With no real excuse, I'll just say that life after college is a bitch. Don't graduate.

Email ThisBlogThis!Share to TwitterShare to FacebookShare to Pinterest
Labels: A Mess, Are You There God? It's me blogging.
Older Posts Home
Subscribe to: Posts (Atom)

BFloyd86
I was born ready, bitch